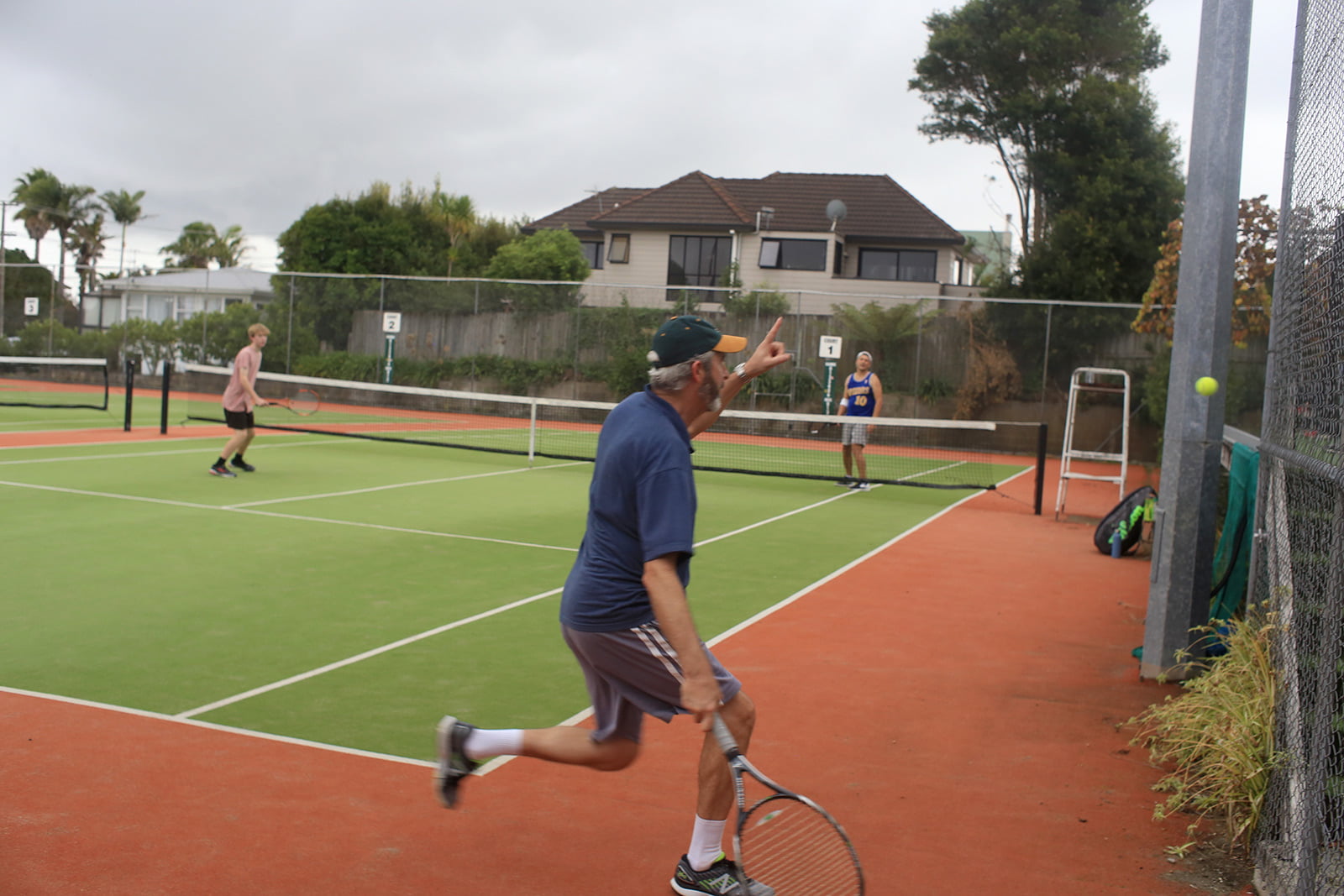 What an awesome day the club champs were this year! There was some great tennis all-round and the results were….

Andrew Borland Came Back from 4-2 down to beat Peter Jackowski 6 – 4 in the final of the men’s singles. Andrew was the reigning champion and had to really fight for this one. Nail-biting stuff.

Poor Piotr Piasta had to go to A and E for stitches after stubbing his toe in the clubhouse. That meant Piotr and Piotr were out of the doubles. The show went on, however. Des Glass and Joe Lertanuntrakul eventually won out over Wade Brownlee and 17year old Isaac Morris in the men’s doubles final. Another great match.

Some of the biggest matches were in the lead-up games when it really seemed like it was anyone’s game. Especially my singles match against Des where in one game I was 40 love up until des finally decided to tie up his shoelaces. He beat me 6-3 in the end. A personal best against Des. Wahoo! There were some other good games but I don’t remember them.

Thanks to all who came and played and those who just came to support us. It made it a fun day hanging out with good people, eating sausages and homemade cake, and a nice beer at the end of the day.

See you all next time with an even bigger turnout. You all played so well.

Thank you to our lovely sponsors…